Celine Dion has seen lots of things during her time in show business. But from the looks of it, she hasn’t seen anything like this!

Nick Janevski and Austin McMillan have been dating for six months and instantly knew there was a connection. The two were introduced at their gym by McMillan’s cousin and they became inseparable.

After a short period of time, both Nick and Austin knew they wanted to be together forever. Nick was looking for a way to propose to Austin, but he wanted it to be perfect.

When Nick went to pick up Austin one day, he noticed she was blasting Celine Dion and from then on he would play it whenever she got in the car. That’s how he thought of this perfect idea. 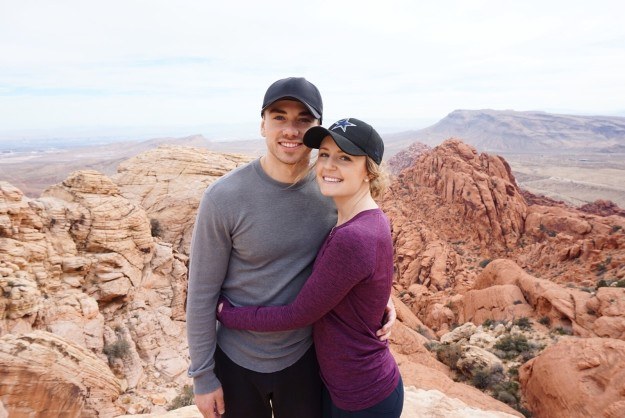 “My mom raised me on Celine because she’s a huge Celine Dion fan,” says Austin.

Luckily enough, Nick had been a personal trainer for Celine Dion’s manager and he set up a meet and greet for the couple after one of her concerts. Austin freaked out, not knowing what she would say to her music idol in the 30 short seconds. Little did she know, meeting Celine was only the second most exciting thing to happen that night.

During their meet and greet, Nick got down on one knee and proposed to Austin. AWWWW!

But what makes it even better is the look on Celine Dion’s face! 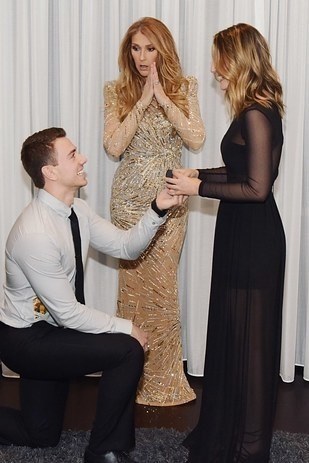 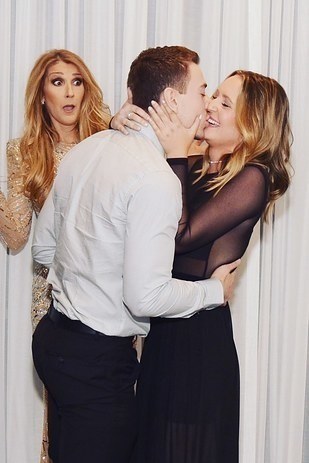 Clearly her manager wanted it to be a surprise for EVERYONE!

Austin said she was so stunned, she didn’t even say yes!

“I didn’t even say yes… for like two whole minutes I was just shocked. I just looked at Celine Dion and then we both looked at him … I just kissed him.”

Celine Dion joked, “Should I even be here?” 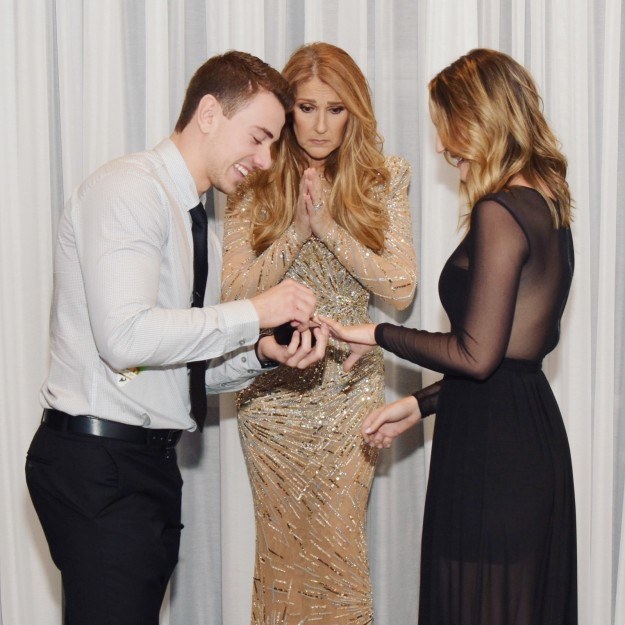 But Dion knew she was witnessing something special, and offered her blessing to the happy couple.

“I hope you have a long and happy marriage, just like I did with my husband,” Dion said. 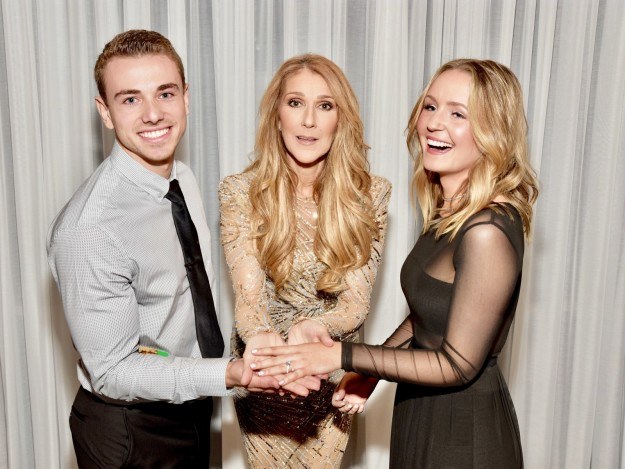 There hasn’t been a date set for the wedding as of yet, but my guess is Celine gets an invitation.