Debbie Cardone’s husband, Vincent, works overseas, so when Debbie came home to see a bouquet of flowers waiting for her she was over the moon.

Until, that is, she realizes the flowers aren’t actually for her. They’re for the other love of Vincent’s life…

Sebastian, a lovable bulldog, had just been through a recent surgery and Vincent wanted to make sure the little guy was doing okay.

“He had both knees operated on almost two weeks ago, and my husband works over in the Middle East, so he sent him flowers,” Debbie says. “He has about an eight-week recovery.”

While Debbie says she wasn’t expecting Sebastian to get flowers instead of her, she’s got no bad feelings about it.

“I laughed,” Cardone says. “I was having a bad day, so I just chalked it up to the continuation of my day. It was very cute though.”

Since her story was posted online, Debbie says Sebastian has gotten an influx of flowers from people all over…including 1-800-Flowers!

What a great few days of Sebastian! All dogs deserve to be pampered like this. Although I hope Vincent at least sent something along for Debbie after this whole ordeal! 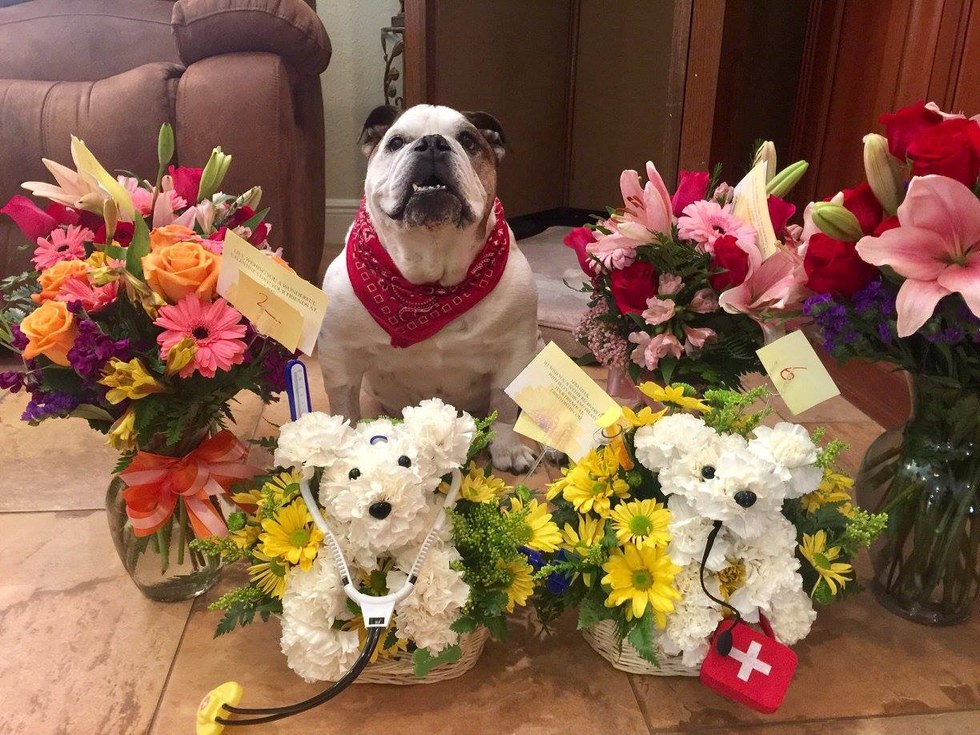